Creator's PanelGroup of film makers and writers, discuss their process.

When first I met Kivvi I was attending The Bushwick Film Festival in Brooklyn NY. I invited by a friend Kweighbaye Kotee Founder of the festival and she asked if I could help capture some photos of the event. When I got there the location was packed and I discovered I was one of many photographers at the event, at which point I met Kivvi and we started up a conversation. 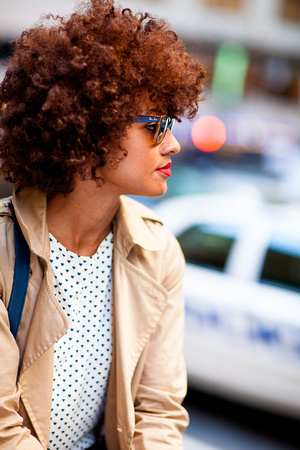 
What actually sparked the conversation for me was that fact that she was toting a DSLR, even though it was a Canon the brand didn't matter to me. The fact that she was humble, down to earth, and shooting with available lighting those factors mattered. So many other photographers have a high and mighty approach that turns off not just their colleagues but some would be customers. At any rate by the end of the evening Kivvi and I swapped business cards and we both picked up a contact.

Within weeks we were planning our 1st shoot (though she would be the model and not a 2nd shooter). She also invited a friend who we both believe would have a very successful modeling career if the opportunity presented itself. 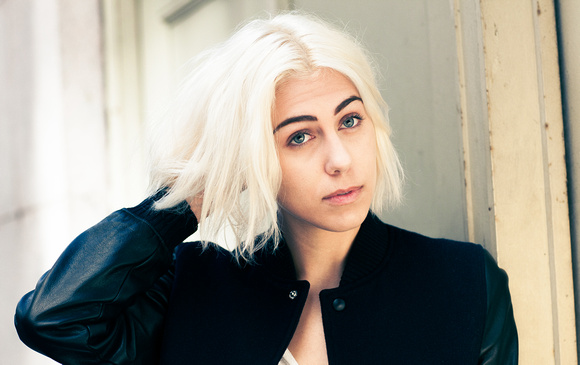 Meeting RileyRiley wears the Varsity Jacket for the 1st time

Riley was humble ready to shoot and a natural in front of the camera. Both Kivvi & Riley worked well it seems they knew what I was asking of them and so they held the pose and everything was executed flawlessly. 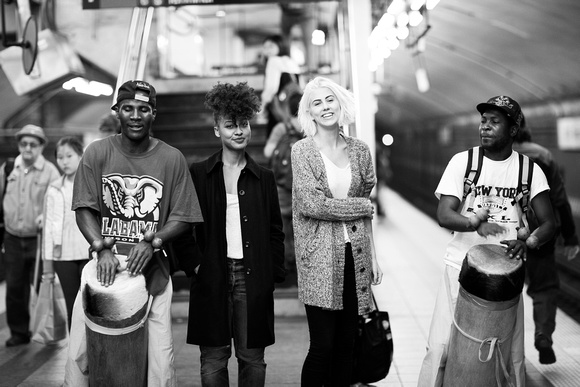 The shoot was fun and one thing I've learned from it all is always be on the look out for a good idea, never allow yourself to be so self-contained that you cannot leave room for yourself to grow, meet new people and just develop in other areas outside of your craft.